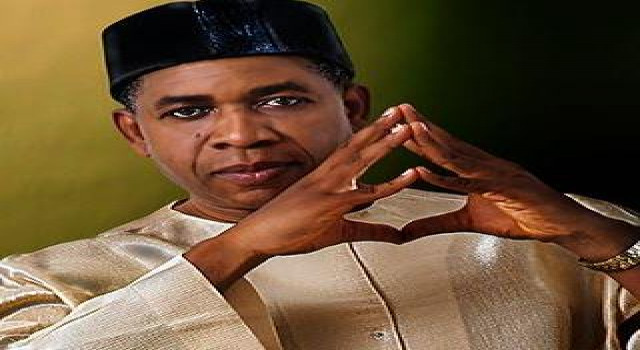 The fiery debate rages.  How will over One Billion languishing African youth survive worldwide?

In Africa, African America, the Caribbean, Brazil, UK, the plight is the same.  A helpless population awaiting hope from governments who seem unperturbed, groping without solutions for the survival of their youth population.  The Nigerian government eventually realized that the Creative Economy could be a viable solution. Their once vibrant film Industry popularly known worldwide as Nollywood seemed comatose, seeking funding for more films production and distribution, the government responded with a $60 million Creative Industry Finance Initiative single digit loan (CIFI) which unfortunately has not been able to be accessed by the Creative Industry due to mandated demand for asset debenture and 20% personal contribution.  The Filmmakers, Musicians, Fashion Designers, Photographers, Publishers, Fine and Culinary Arts professionals could not provide the required collaterals for the loan, let alone 20% contributions. The intervention became dead on arrival and the initial elated hope fizzled out.  Then came, AFREXIM Bank which boldly announced a huge $500 million intervention fund for the African Creative Industry earlier this year in January before the COVID 19 pandemic outbreak. That intervention still remains on paper.  In the US, the African American community languishes without any hope or support whatsoever, despite having witnessed the unprecedented emergence of an African-American President, the once in a lifetime opportunity was sadly lost.  All over the world, the story is the same for Black youth.  African youth worldwide are an endangered species, left to wonder aimlessly, imploding with desolation within their own communities with the only hope pointing towards crime for survival.  Little wonder America has unleashed an unprecedented level of Police brutality in its Black community.  Who will save the African youth?  Who has the solution worldwide to alleviate their suffering?  These questions linger on as the Africa Union and others remain mute.

There is however a solution, which surprisingly is simple and quite affordable. The emergence of Digital Technology provides the much sought after solution.  African youth worldwide are blessed immensely with unprecedented creative talent that can be easily monetized through Digital Monetization.  With two Billion people all over the world, Africa can shed its image as a basket case always seeking handouts.  The abundant creativity of the youth can be channeled into creative products production and monetization.  All that they need is support from their own people in appreciation of their arts products and talents.  Nigeria’s Nollywood and the Afrobeat music industries have proven that with good production quality, the African diaspora is ready to support the arts of their own children.  What remains now is if the African financial institutions can support the creative industries with real interventions.  The days of pontification are over.  The digital monetization platform Blaze Channel, USA is live and capable of monetizing all the art forms from the African diaspora.  Time for the African governments to play their part:  Mobilize their various creative industries by making funds available for the production of quality art.  Interestingly, this is the only industry that can jumpstart action in other comatose African industries such as Tourism, Real Estate, Manufacturing, Banking, Agriculture, Education, Nature Cure etc.  There is hope for Africa and its diaspora if and only if their own people support the positive development of their children.  Hope remains eternal.  Africa’s future is in the hands of the Africans.  All they have to do is negate self-centeredness, self hatred, apathy and now, must begin to believe in their own God given strength and talents.